The 75th anniversary of Windrush is a chance to honour those early Windrush pioneers, tackle the injustices they have faced and pass the torch to the next generation 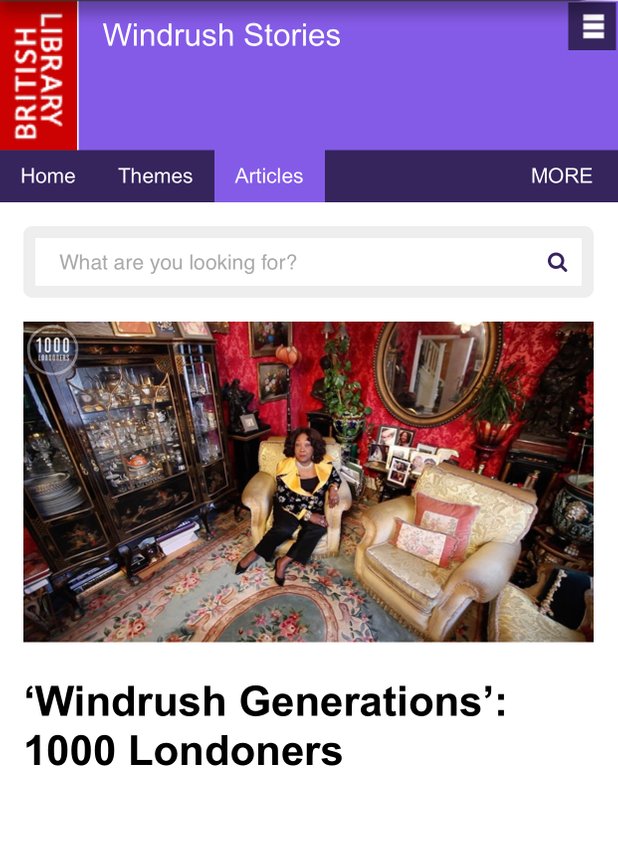 Efforts by the Home Office to remedy the injustices suffered by people caught up in the Windrush scandal are ongoing. The Windrush compensation scheme is operational, and legislation underpinning the scheme received Royal Assent in June 2020. But some stakeholders remain dissatisfied with aspects of the Home Office's response to the scandal, for example citing ongoing delays in processing cases and applications for compensation. 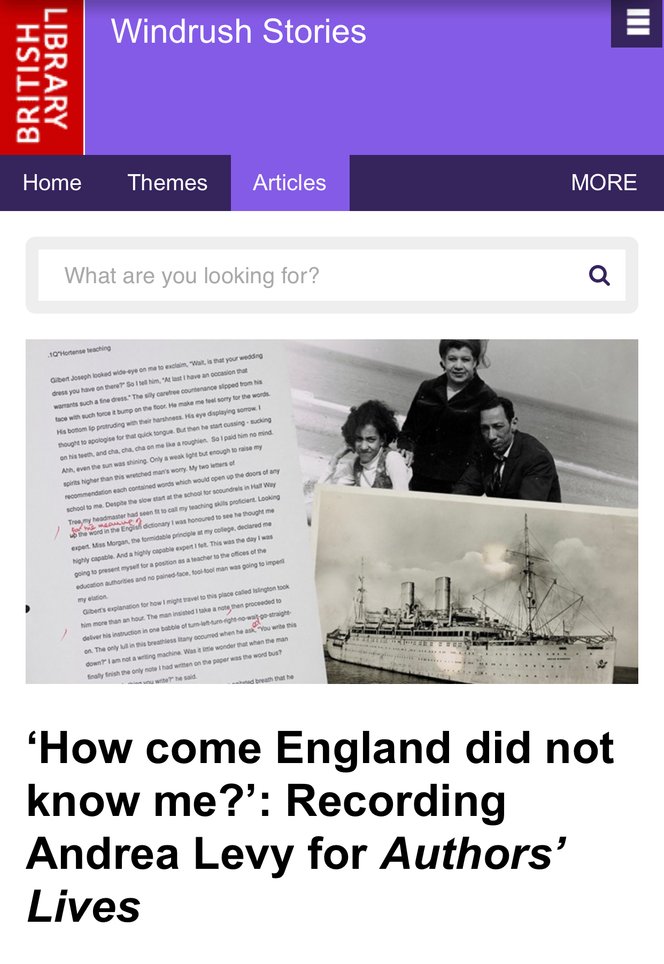 How did the Empire Windrush change London?

22 June 2018 marked the 70th anniversary of the arrival of the ship Empire Windrush at Tilbury Dock, Essex, the beginning of a new chapter in the story of London. The 802 Caribbean citizens onboard were the first of 500,000 Commonwealth citizens who settled in Britain between 1948 and 1971. They were invited to live as British citizens and help rebuild the "mother country", but many faced prejudice and unequal treatment that continues until today.

I’m a fourth-generation black British man. Yet still I’m made to feel I don’t belong

My great-grandparents came here in the 1800s. Too few people realise the UK’s black history began long before the Windrush

(1956 – 23 July 2020) was a British immigrant rights activist who fought her own deportation to Jamaica and brought media attention to the human rights violations of the Windrush scandal. Wikepedia

After Windrush: Paulette Wilson's visit to Jamaica, 50 years on. A letter from the British government classifying Paulette Wilson as an illegal immigrant shook her sense of identity and belonging. ‘Hostile environment’ policies years in the making meant that Wilson and other victims of the Windrush scandal had their right to residency in the UK called into question. She had been detained for a week pending imminent deportation though she had done nothing wrong. It was devastating, but luckily she was released before she was deported. Here we follow Wilson as she returns to Jamaica for the first time in 50 years, trying to make sense of her place in the world and rebuild a sense of security and belonging

JAMAICANS COME TO BRITAIN TO LOOK FOR WORK

A VIDEO FROM BRITISH PATHÉ

In the United Kingdom, 22nd June is known as national Windrush Day

You can watch more Talks With episodes below: https://www.youtube.com/playlist?list...

How Is It Different From PTSD?

How is Post Traumatic Slave Syndrome different from PTSD? Dr. Joy DeGruy explains how trauma can be passed on generation after generation.

Lenny Henry Meets up with Sam King to chat about the the West indians arriving back in the UK after the second world war. Edited on Fcp with director Hardeep Giani.

The Windrush Generation: Why people invited to UK faced deportation

They came here as children, their families invited by the British Government to help rebuild the country. Decades later many have faced deportation because of strict immigration rules. The UK government has now promised that the deportations will stop. MORE ON THIS STORY: https://www.channel4.com/news/the-win... - OUR SERIES ON THE WINDRUSH GENERATION Subscribe to us and get more videos from Channel 4 News https://www.youtube.com/c/channel4news

The stories of the Windrush Veterans

The personal stories of the Windrush generation - British people from the West Indies who came here to live, often before their islands became independent states - have shocked the world. They have worked and lived in the UK for decades, but some are now finding that their status in this country, as citizens, is being questioned and doubted. In one community centre in Peterborough, England, every Friday a group of elderly British West Indians, many of whom served in Britain's armed forces and even fought in wars for this country, gather for lunch and for company. They told us what their lives here mean to them and how they feel about their country.

"I go half way round the world and back thinking I’d made some sort of discovery and come back to find the same damn lies, the same white lies, the same black lies. "http://bit.ly/BushStrangeFruit Alvin and Errol can’t picture much of a future for themselves. They’re young, Black and living in England in the 1980s, with an entire country and political system set against them. Instead they focus firmly on their past – the sunny Caribbean and heroic father they left behind when their mother brought them to England twenty years ago. But when Alvin returns home from his grandfather’s funeral a new version of their past emerges and the two brothers are caught in a desperate struggle to unearth the truth about their existence. Powerful and compelling, Strange Fruit by Caryl Phillips (winner of the Commonwealth Writers’ Prize) is the story of a family caught between two cultures, and the uncrossable no man’s land that can come between parents and their children. It will be directed by Nancy Medina (Persistence of Memory, Dutchman). Strange Fruit is the latest edition in the Passing the Baton series, following Winsome Pinnock’s Leave Taking in 2018.