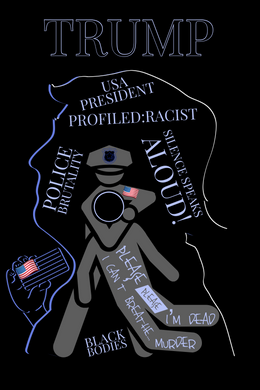 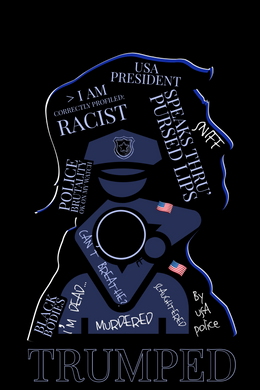 Able to cause serious harm, injury and is lethal to Black Americans, Mankind and the Safety of the WORLD!

As much as this unpresidential character lack of words has been deafening on police brutality and murders of black Americans his silence through pursed lips speaks aloud far and wide, and is far from silent or a whisper but heard in volumes by American's and the rest of the world.

TRUMP IS A MENACE TO CIVILISED SOCIETY AND THE ENTIRE WORLD! 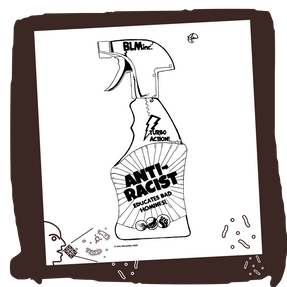 ORIGINAL ON THE RIGHT

John McLachlan is an

artist based in Scotland.

John was inspired to make an image, he draws in Indian ink and then tends to transfer them into paintings on canvas.

You can find John on social media via link below 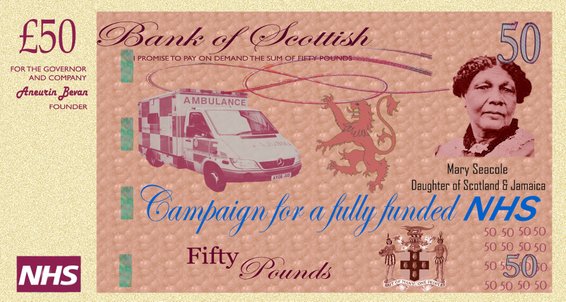 Georges says "It seems logical that she should appear on a Scottish note, as that was the land of her father.  There are also references to Jamaica the country of her mother and that of her birth.  This note is in the permanent collections of the Bank of England Museum and the Museum of Scotland."

If you would like to contribute to this platform to tell a story, a poem, have something to say please contact us and let us know!

TELL US BY CLICKING BUTTON BELOW