London. Various shots of a police training centre where a mock accident is staged and two police women go and question the witness. One of the policewomen is Jamaican and the first black woman to be taken on in the force. MS. Jamaican police woman Sislin Fay Allen and her colleague, coming out of door of Peel House. GV. Exterior of the Peel House. (Orig. Neg.) Date found in the old record - 01/02/1968. FILM ID:3229.2 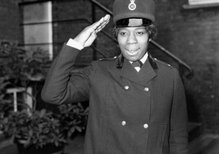 Colorized Enhanced: Sislin Fay Allen was an inspiration for many when she became the Metropolitan Police’s first black female police officer, based at Croydon in the late 1960s. https://www.blackhistorymonth.org.uk/

Sislin Fay Allen, 82, joined the Metropolitan Police in 1968, paving the way for other women of colour.

Sislin Fay Allen, 82, joined the Metropolitan Police in 1968. Now living in Jamaica, Mrs Allen said she feels "honoured and humbled" after being awarded the accolade, 50 years since she first made history.

Mrs Allen said: "I wasn't expecting anything like this. I am really humbled by it all. I want to thank everyone in policing who has given me this. "It has been such a long time but it is better to be late than never. I remain happy that I did what I did."

The home secretary has praised Mrs Allen's legacy in policing. 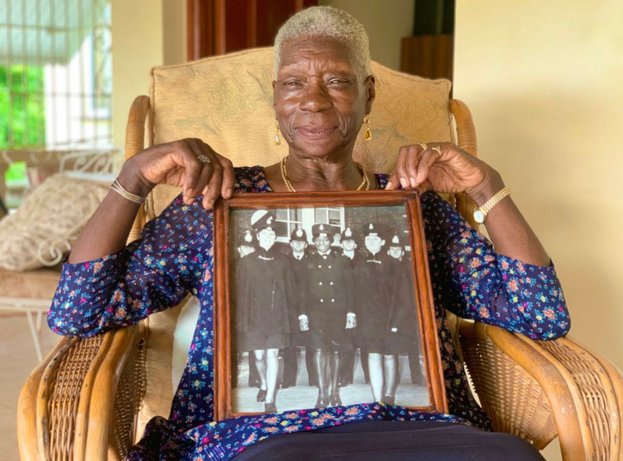