MOOD OF THE PEOPLE

One year on from the terrorist attack that resulted in two tragic deaths on London Bridge (29.11.19), one of Jack Merritt’s closest friends, an amateur singer-songwriter, whom he met through Cambridge University’s ‘Learning Together’ programme, Rosca Onya, is launching ‘Jack’, a memorial rap single in Jack’s memory. Rosca is hoping to raise £5,000 before the end of the year for non-profit organisations Learning Together, Just for Kids Law (JfKL) and JENGbA (Joint Enterprise Not Guilty by Association), from sales of his poignant and heartfelt single.

“I met Jack when I was in HM Prison Grendon, an amazing therapeutic prison that helped me to view life in a different way. When I came to the UK, I was nine; I had experienced so much terror in my short lifetime and had no emotional or life parachute. I didn’t have people around me I could trust. I ended up in prison because I got involved with a local gang – they made me feel like I belonged by night while I was being bullied at school by day. Whilst I deeply regret and now take ownership of my actions, I never would have met Jack otherwise. Jack wasn’t like most people I had known before – he didn’t see black or white, as I wrote in the lyrics of the song. We were both passionate about music and he helped me pass a Criminology course at Cambridge University” 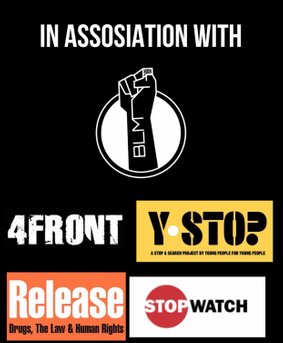 SAMIRA EBRAHIMI LONDON FASHION WEEK BLM COLLECTION COLLABORATION For this video, it has been imperative to include Black Lives Matter in both Music and Fashion. MJR has collaborated in solidarity with Samira Ebrahimi, an international Fashion Designer known for her collaboration with Gary James McQueen- the nephew of the late British Fashion Icon Lee Alexander McQueen.  Samira Ebrahimi Black Lives Matter London Fashion Week Collection is the key feature to the narrative of MJR story. With the challenges of 2020.

The BLM LFW collection will be aired as part of this video on Sunday 20 September 2020.

YouTube Video - Description: All profits from the single ‘Black & Ready’ will be donated to The Black Curriculum, a social enterprise founded in 2019 to address the lack of Black British history in the UK Curriculum. https://www.theblackcurriculum.com/ Listen here: https://jords.lnk.to/blackandready

"Following recent events facing the black community I just wanted to share this music video with you.

It’s a track dedicated to all our brothers and sisters who have lost their lives to racism i.e. Stephen Lawrence, Tamir Rice, Travyon Martin, Sandra Bland and so on..."

2Pac - Holler If Ya Hear Me 2020 (Music Video) (HD) (Tupac Shakur) Full Version Directed By Itsthemcp SAC This video shows not much has changed since 1993 when 2pac released this song. This is an updated version of the music video "Holler if ya hear me" from Tupac Shakur. The majority of this music video has clips of protest from people outraged over the passing of George Floyd. We were still dealing with the anger about what happened to Ahmaud Arbery and Breonna Taylor and then BOOM George Floyd. If Tupac was still alive he would be out there fighting with everyone else, in fact he would be leading them. Since he cant be here I have decided to bring him back. #georgefloyd #icantbreathe #blacklivesmatter #2pac #tupac #hiphop

"Gang Starr conspiracy lyrics is my dedication to George Floyd we will not rest til justice andequality penetrates the earth's crust permanently...I believe in DBA don't buy American...

'Make a Movement' - 25 Past the Skank - MissBarkerProductions

YouTube Video - Description: Music video for 'Make a Movement' By 25 Past the Skank - Directed, Filmed and Edited by MissRBarker-McLean. Starring no other than El Skanko (25 Past the Skank) Sammy, Regan, Dave, Tim (Woodsy), Lance, Bez, Adam

"Small time Nottingham UK band, now disbanded since long time. Nothing to promote, no gain to be sought after.

Just as...white boys who also give a damn"

YouTube Video - Description: During November 2011, onlyjoe went down to the Occupy London camp and performed on the 12 volt people's sound system, in front of St Paul's Cathedral to a crowd of protesters and the general public. The featured song is available on vinyl, cd and digital download through Unit 137. For more information about the band please visit onlyjoe.co.uk or for further information about Unit 137

Story of the Song: 7 Seconds, Youssou N'Dour and Neneh Cherry, 1994

"I was very familiar with his music 'cause I heard it in my house when growing up," Cherry recalled. When her parents organised a festival in Sweden, N'Dour was invited over. "It was like a little barn happening," said Cherry. N'Dour recalled that the teenager helped prepare him dinner.

N'Dour's Western breakthrough in 1986, courtesy of Peter Gabriel's Real World stable, prompted Cherry to initiate a collaboration. Cherry suggested co-writing an anti-racist song. With partner, Cameron McVey, and producer Jonny Dollar, Cherry and N'Dour wrote "7 Seconds", the title referring to the first moments of a child's life, as Cherry put it, "not knowing about the problems and violence in our world".

Requet sent in by: Luisa

"Remember this... Would it be possible to add to your website?"

BLM TEAM: Glad to obliged and thanks for reminding us of this classic anti-racist tune by Neneh Cherry and Youssou N'Dour release 1994

Please see what my son wrote over the last few days- all very deeply felt. 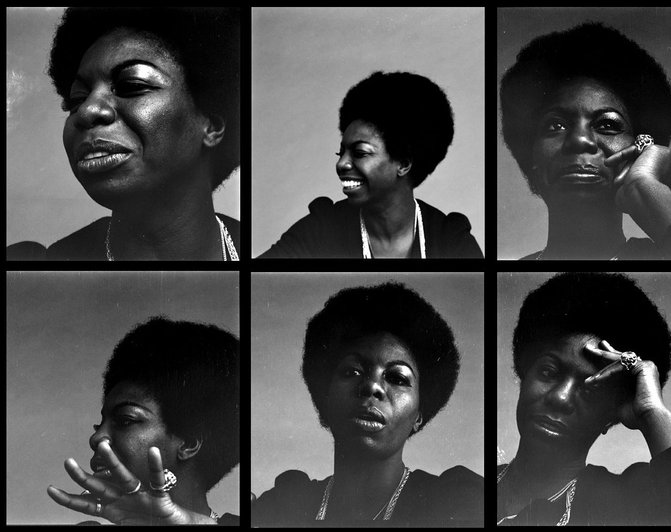 Civil rights song; Composed by Nina Simone and Langston Hughes. "Mr. Backlash, Mr. Backlash Who do you think I am You raise my taxes, freeze my wages And send my son to Vietnam... Do you think that all coloured folks Are second class fools"

Donna Colton "Time For a Change"

YouTube Video - Description: How much more of this do they think we can take?! The opening line to a song written by Sam Patterelli and Donna Colton called Time For A Change. Inspired by watching current events unfold they decided to put together a video that would reflect their feelings on these turbulent times. Looks like history is happening again... They gathered some photos and thoughts from artists around the world to help paint the portrait walls and break through the borders toward understanding each other. Ain't it time for a change?

"My wife (Donna Colton) and I are musicians in upstate New York.

We've recently put together a video for our song "Time For A Change" which reflects our concerns in these turbulent times.

We hope to share this video and thought it may resonate..."

YouTube Video - Description: How much more of this do they think we can take?! The opening line to a song written by Sam Patterelli and Donna Colton called Time For A Change. Inspired by watching current events unfold they decided to put together a video that would reflect their feelings on these turbulent times. Looks like history is happening again... They gathered some photos and thoughts from artists around the world to help paint the portrait walls and break through the borders toward understanding each other. Ain't it time for a change?

Listen to a song that Bob Dylan wrote in the 1970's:Hurricane.

Maybe you don't like Bob Dylan, but give it a go and listen to the words.

"Rubin could have been the champion of the world " if your black you you might not as well show up on the streets. The song refers to Rubin Carter a Black American boxer,framed,falsely imprisoned by the racist system in the early 1960's. Nothing has changed. We are all United in this fight against Racism.

Rubin "Hurricane" Carter (May 6, 1937 – April 20, 2014) was an American-Canadian middleweightboxer, wrongfully convicted of murder[1] and later released following a petition of habeas corpus after serving almost 20 years in prison.

YouTube Video - Description: From 1991, our profile of Rubin "Hurricane" Carter. The young African American boxer was on his way to a world title fight. But before that he became involved in a miscarriage of justice. In 1966, in Patterson, New Jersey he became a victim of racism and framed for murder. Carter might have spent his entire life in prison, except for an idealistic band of Canadians who decided to take up his cause. Hana Gartner profiles Carter and chronicles the struggle to clear his name.

More than 700 signatories from the UK music industry - including artists, managers, producers and companies - have written an open letter urging people to "stand together" and "wipe out racism now".

WHAT MOOD YOU IN?

SAY IT WITH MUSIC & SOUND