LISTEN TO THE VOICES OF YOUNG PEOPLE

Bristol girls' school named in honour of slave trader Edward Colston rebrands itself Montpelier High School... 169 years after being built with his money

A Sheffield school is listening to students and making their curriculum more inclusive and pledging to be anti-racist, after 200 pupils protested for the Black Lives Matter movement.

​We support and promote life-changing opportunities for people of all ages and backgrounds at every university.

Everyone has the right to a rich, fulfilling and enjoyable university experience and so the safety and wellbeing of staff and students in higher education is vital.

UUK is working with universities to make institutions safer places to live work and study so that no student or member of staff is subject to any form of harassment, intimidation or threatening or violent behaviour. Such an abuse is at odds with our values and the standards of behaviour expected in the sector. Our work includes the development of practical guidance to support universities:

Pupils at the grammar school have been ordered to wear plain masks after some wore Black Lives Matter ones to school.

Parents have said the rule was to 'punish' students for wearing the masks following a refusal by staff to allow students to conduct an assembly on the movement.

More than 80 leading academics specialising in the field of education and social sciences have accused the government of misrepresenting critical race theory in a controversial crackdown on teaching materials in schools.

Diversity of thought is vital in education

In a letter to the Guardian, senior figures from University College London’s Institute of Education said they were concerned about a pattern of statements and guidance from politicians “proscribing” certain resources and bodies of work from classrooms.

Academics speak out amid controversial crackdown on teaching materials in schools.

It follows guidance issued by the Department for Education in September that said schools should not under any circumstances use resources produced by organisations that take “extreme political stances”.

At the time, the Coalition of Anti-Racist Educators (Care) and Black Educators Alliance (BEA) warned the guidance would prevent teachers from using material from groups including Black Lives Matter and Extinction Rebellion, limiting anti-racism teaching.

Eleven-year-old Jolia Bossette on being a Black kid in America. Welcome to our first-ever week of programming for kids! The killings of George Floyd, Breonna Taylor, and hundreds of other Black Americans at the hands of police officers have inspired protests across the country and around the world. The news coverage has been impossible for most of us to ignore, and it begs the question: How are kids, especially Black kids, processing this reality? How do they make sense of these deaths and the systemic factors that made them possible? In June of 2020,11-year-old Californian Jolia Bossette decided to use her fifth-grade graduation speech as an occasion to give voice to her thoughts and feelings. In her speech, she reminisced about how she was "the cutest thing," as a toddler and asked, "But when did I stop being cute and start being scary?" "Does my dad scare you? Does my mom scare you? Does my auntie scare you? Because let me tell you something: We are not scary."

Sam (above) shares a little inspiration about what kids can be when they grow up. 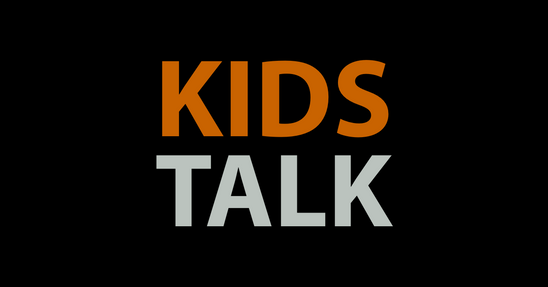 Listen to Thomas Roughan, age just 7 he wrote a poem he titled RUBY RED with the Black Lives Matter Movement in mind. Click here to read in text, the words of an innocent child of nhis early experience of racism in the playgroud of his old school.

St John’s College a progressive educational establishment encourages important conversations at home, at school and across the nation, the themes and issues was relating to what was emerging from the Black Lives Matter movements all around globe. The initiative encouraged children to think of what’s going on in the world, and Thomas told us!

St John’s College wrote “Year 4 student Thomas wrote an incredibly powerful poem in response to the movement and got through to the first round.

Read his compelling piece below:”

The future of Britain could be forever different for our kids generation and the next, BUT only if we talk and have the human conversations, talk race in early years.

By being colour blind exactly who does it benefit?

In reality by not talking race with children we are doing ALL children a disservice and harm and storing up dislike, resentment, segregation for the future, when all too often will see children gradually part waves into groups of those who are privileged and those who are disadvantage, this conditioning of value in society is based on the skin tone (racism) to where their status lay and is consciously fixed around the time of year 6, age of secondary school, if not before.

What we do know is the future will be written in the sand by us, the parents, adults, government and handed to our kids by parents, educator, and society.

You choose. Children are ultimately taught and guided in early years by parents, and it starts in the home...And with all the influences in-between it also probably ends in the home too. But YOU can disrupt and dismantle racism for a better and kinder society and world, have the conversations at home.

Children are taught racism and go on to develop a mental state of feeling superior and use these daily acts of discriminations against black and brown people, the children they once played with, hugged and saw as equals, now unworthy of consideration for a position and berated as humans for unemployment...
Is this really what white parents wish to bequeath to their kids, a future and society of division, white domination, separation, protests and violence?
Surely we can give all our children a better upbringing, and be kind, be a decent human being. Provide a better world to inherit where equality, justice and peace in a given for all humans.

White people are not the victims of systemic or systematic racism, black and brown people are.

WE CAN DO THIS

LET'S ALL TALK RACE TOGETHER