BLACK LIVES MATTER We stand together in solidarity across the globe to change the world, we kneel together for peace and unities asserting Black people are treated as humanely and fairly as White people. It is a human right to receive racial equality, social and criminal justice in the societies we live and share, and to receive parity as full citizens of the country and as a nation.

This is a non-political, non-partisan, non-violence platform. Some content published on this website may have limited political content by the very nature of a state governed country, and system of democracy.

We operate in a humanitarian capacity and concern first and foremost. We believe racism transcends politics and endeavour to avoid distractions that attempt to get in our way of dismantling the harm that racism causes.

Promotion and protection of the human rights and fundamental freedoms of Africans and of people of African descent against excessive use of force and other human rights violations by law enforcement officers Report of the United Nations High Commissioner for Human Rights
Anti-Racism & Equity Carta
Subscribers united in action to eradicate racism in institutions, organisations and businesses
Black Cultural Archives: Response to the Race Report '21
Black Cultural Archives leaves government’s Windrush Working Group after ‘unsubstantiated’ race report

Black Cultural Archives (BCA) refutes the approach and findings of the report on the basis of its poor use of data, unsubstantiated conclusions and British history inaccuracies.
The closing date for submissions is 5 April 2021
The Strategic Review of Policing has launched a Call for Evidence. This is the second part of its major, independent Review of Policing in England and Wales.
Download Publications
The Strategic Review of Policing will publish a number of Insight Papers and an interim report during the course of the Review. A final report will be published in the autumn of 2021.
THE BLACK CURRICULUM
BLACK BRITISH HISTORY IN THE NATIONAL CURRICULUM
REPORT 2021

Throughout centuries to present day, Black British history has been made, and unfolded in front of our very eyes in different spheres. Yet with no mandatory place on a highly Eurocentric national curriculum, Black British history continues to be viewed as insignificant. We have seen the effects of this omission, which pose a number of serious and dangerous political consequences.
Click to read more...
The Colour of Injustice
‘Race’, drugs and law enforcement in England and Wales

Runnymede is the UK’s
leading independent thinktank
on race equality and race
relations. T
EXCLUDED IN ENGLISH SCHOOLS
HOW BLACK WORKING-CLASS YOUTH ARE CRIMINALISED AND EXCLUDED IN THE ENGLISH SCHOOL SYSTEM

The Home Office broke equality the law, by imposing its "hostile environment" immigration policies which contributed to the Windrush scandal, ERC report found

Problems caused by policies were "repeatedly ignored, dismissed or their severity disregarded" as they were being developed, according to Equality and Human Rights Commission (EHRC) assessment

The government department has committed to an agreement with EHRC to take action
NEW! Nov 2020 - 11th Report of Session 2019–21
In response to the awful killing of George Floyd in the US, Black Lives Matter protests
in the UK have highlighted once again the racism and inequality that exists here. Racial
inequalities in the protection of human rights raised by the Black Lives Matter movement
led this Committee to commission polling which found that over three quarters of Black
people in the UK do not believe their human rights are equally protected compared to
white people.
BRIEF FOR REVIEW - HISTORY IN RELATION TO BRITAIN’S COLONIAL PAST
Somerset House are now looking for an individual or group with experience of conducting historical research and analysis within a social context.

You will have a qualification and recognition in a related field and have demonstrated the ability to combine your historical research into a cohesive written account.

<< BACK TO UNSOLVED CASE 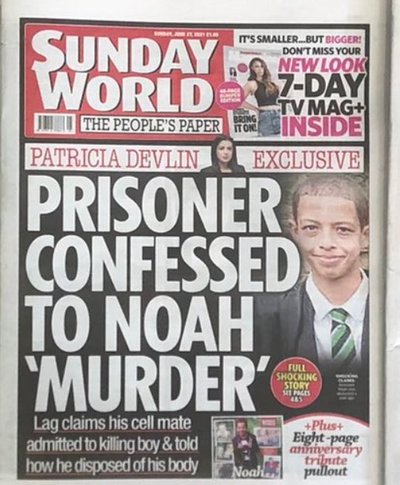 A DOCUMENTARY investigating the disappearance and death of Belfast teen Noah Donohoe will point to failings in the PSNI's probe, filmmaker Donal MacIntyre has said.

Speaking about his investigative TV documentary, which is expected to air next year, Mr MacIntyre said: "If there was anything that we have uncovered so far, that we are prepared to divulge, it is that we are quite confident we can demonstrate that the investigation Noah was entitled to, he didn't receive it." Read 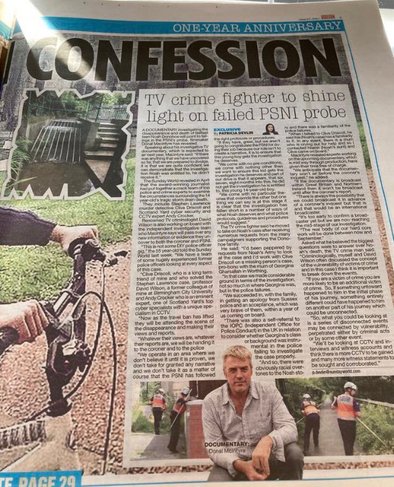 Noah Donohoe 14 yrs disappeared in North Belfast in June 21st, shortly after he was seen cycling near the Shore Roadsparking a huge search effort. His body was later found in a storm drain.
Noah's mother Fiona has launched a public appeal to find out what happened to her son. She has set up dedicated pages on Twitter and Facebook, called MyNoah Donohoe, as she seeks answers about his disappearance and death.
Mayor pledges support for 'Remembering Noah' campaign

The Mayor of Derry City and Strabane District, Councillor Brian Tierney, has pledged his support to the family of teenager Noah Donohoe, as they continue to seek answers surrounding his tragic death.
Community Foundation for Northern Ireland
The Noah Donohoe Foundation

Noah Donohoe (14) went missing from his home in South Belfast on Sunday 21st June 2020. His Mum Fiona has set up the Noah Foundation in his memory; a foundation that will support the causes and issues that Noah cared about. 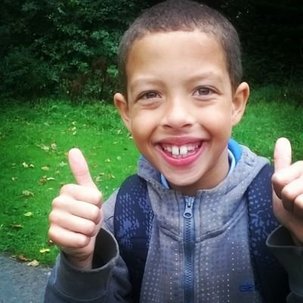 MY NOAH, OUR NOAH

Noah Donohoe 14 yrs disappeared in North Belfast in June 21st, shortly after he was seen cycling near the Shore Roadsparking a huge search effort. His body was later found in a storm drain.

Noah's mother Fiona has launched a public appeal to find out what happened to her son. She has set up dedicated pages on Twitter and Facebook, called MyNoah Donohoe, as she seeks answers about his disappearance and death.

The Mayor of Derry City and Strabane District, Councillor Brian Tierney, has pledged his support to the family of teenager Noah Donohoe, as they continue to seek answers surrounding his tragic death.

Belfast City Council announced City Hall will be lit up in blue on Saturday 22nd and Sunday 23rd August 2020 to back the campaign.

An inquest into the death of Belfast schoolboy Noah Donohoe is set to take place early next 2021.

The date of January 18 , 2021 was set on Friday 15/08/20 at a preliminary review hearing held in Laganside Court by Coroner Joe McCrisken.

I have recently spoke at length about the #MyNoah campaign and what we hope to achieve together.

This extract is one of a number of segments that will be released over the coming days.#RememberMyNoah💙 pic.twitter.com/UAuKWGZzvT

A beautiful tribute to #MyNoah💙

Absolutely stunning and #Noah would have adored the music chosen 💙

Police Ombudsman Northern Ireland: Investigation of the PSNI handling of the disappearance and death of Noah Donohoe - Sign the Petition! https://t.co/OovOawimSN via @UKChange

This Sunday 23rd Aug, both the City Hall in Belfast and the Tinnies in Strabane will light up blue 💙#RememberMyNoah💙

The Tinnies will be lit up blue this weekend in support of the 'Remembering Noah' campaign 💙
My thoughts continue to be with Fiona Donohoe & her wider family during their unimaginable grief as they search for more information on what happened to Noah.
👉 https://t.co/KvkjVQfUNj pic.twitter.com/3eR4gM8A6c

BLACK LIVES STILL MATTER
JUSTICE FOR GEORGE FLOYD
George Floyd represents all the Black Men gone before; his murder represents all the Black men killed by servicing police officers while in custody. Many documented as unlawful killing BUT never charged ‘in insufficient evidence.
Black men have long been murdered by police officers who are guilty as Derek Chauvin, who live to tell untruths of a life taken in custody.
George Floyd represents all the Black Men, women and children that will once again be taken again in the near future by White peo
A FIGHT WE MUST WIN - BLACK LIVES MATTER
Banner Black in the Union Jack/Flag
#blacklivesmatter
Thierry Henry exits social media platforms
Former Arsenal and France striker Thierry Henry removed himself from social media on 27/03/2021 because of racism and bullying across platforms.

Henry, 43, posted a message to his 2.3m followers on Twitter on Friday saying the problem was "too toxic to ignore".

He said he would not return to social media until companies "regulate their platforms with the same vigour and ferocity that they currently do when you infringe copyright".
BLACK LIVES MATTER MEDIA MOMENT WINNERS 2020
Black Lives Matter Movement won an Ethnicity Award for ‘Media Moment’ 2020