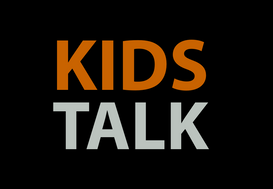 IT'S OK TO TALK RACE WITH KIDS!

The future of Britain could be forever different for our kids generation and the next, BUT only if we talk and have the human conversations, talk race in early years.

By being colour blind who does it benefit?

In reality by not talking race with children we are doing ALL children a disservice and harm and storing up dislike, resentment, segregation for the future, when all to often will see children gradually part waves into groups of those who are privileged and those who are disadvantage, this conditioning of value in society is based on the skin tone (racism) to where their status lay and is consciously fixed around the time of year 6, age of secondary school, if not before.

What we do know is the future will be written in the sand by us, the parents, adults, government and handed to our kids by parents, educator, and society.

You choose. Children are ultimately taught and guided in early years by parents, and it starts in the home...And with all the influences in-between it also probably ends in the home too. But YOU can disrupt and dismantle racism for a better and kinder society and world, have the conversations at home.

Children are taught racism and go on to develop a mental state of feeling superior and use these daily acts of discriminations against black and brown people, the children they once played with, hugged and saw as equals, now unworthy of consideration for a position and berated as humans for unemployment...
Is this really what white parents wish to bequeath to their kids, a future and society of division, white domination, separation, protests and violence?
Surely we can give all our children a better upbringing, be kind, be a decent human being. Provide a better world to inherit where equality, justice and peace in a given for all humans.

White people are not the victims of systemic or systematic racism, black and brown people are.

IT'S REALLY OK TO TALK RACE WITH CHILDREN

WE CAN DO THIS TOGETHER